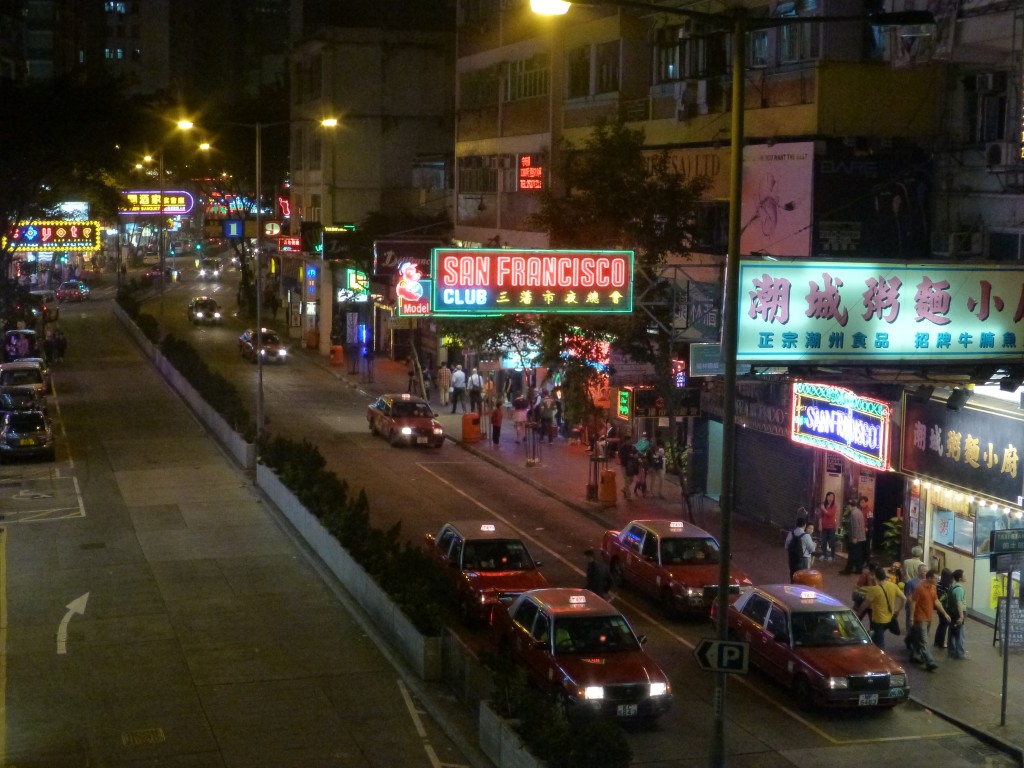 Anne here. The flight didn’t start brilliantly. A 3 hour delay because of a lightening strike on our plane’s previous journey. The captain kept saying “the damage is only very minor”. Good job neither Paul nor I are nervous fliers. Also the amount of leg room might be fine for a three hour flight but suddenly seems very cramped for an 11 hour flight, after a three hour delay. My welcome to the world of long haul. But against the odds we both enjoyed the aircraft meals and slept for a few hours.

I was immediately impressed with the efficiency of Hong Kong airport and luxury coach transfer to the hotel. But I was totally, totally amazed by the journey into Hong Kong. You realise what a mad, mad, mad place it is. The most beautiful high domed islands covered in dark green foliage; the harbour is just fascinating; and then these unbelievably dense areas of the highest skyscrapers and high rise flats ever. It is both unbelievably different and strangely as I expected all at the same time.

As we didn’t arrive until 5pm local time, we have had a short wonder around. At one point we did a smart u-turn when the smell of joss sticks from what were obviously lap dancing bars was too pungent and there were more police than pedestrians. But it is all fabulously interesting stuff and we found a lovely restaurant that seemed to have a sensible mixture of tourists and locals and had a meal of about seven different taster courses. Very good.

Will we sleep as our time zones are out of kilter? My eyes are closing already! And after an aircraft seat, the bed looks just heavenly. Good night.