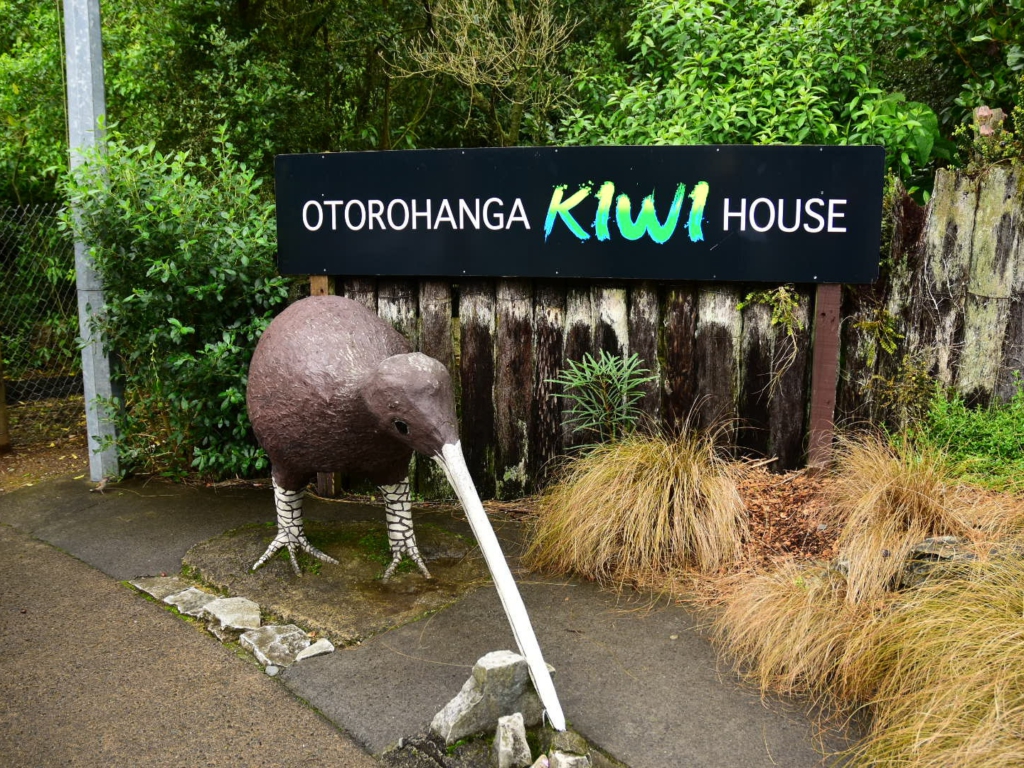 Seeing a Kiwi is not an easy task. The kiwi bird is nocturnal and fairly rare in the wild.

But yes, we cheated by going to the Kiwi House and Native Bird Park in Otorohanga. But realistically that was our only opportunity to see one and even then it wasn’t guaranteed. They have several night vision sheds to deal with the nocturnal issue and then it is pot luck. But we spent at least 10 minutes watching a real kiwi. Unfortunately no photos are allowed. And if I was uncharitable, I’d describe it as an engaging but also rotund, brown, slightly fluffy, football sized bird. But seeing a kiwi bird in real life was oddly magical and special.

The site is a not for profit charity, run by bird enthusiasts and has lots of other interesting birds and geckos, which Paul was allowed to photograph. A lovely Easter Sunday afternoon.